In 1964, the Piper Navaho came into the aviation industry. It was available in three variations that provided for different demands in sitting ability and setups, equipped with user-friendly features, and had the ability to carry luggage. The same year saw the introduction of Beech’s Version 90 King Air, one more twin-engine airplane that might shuttle more than five passengers in comfort. As proven by its over 80% share of the industry within its market, the King Air promptly came to be an essential for air travel. 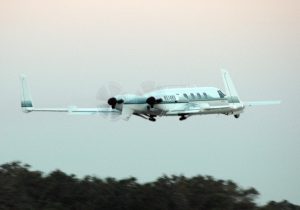 Beech continued to innovate and produced the Beech Design 2000 Starship (1983). The brainchild of aircraft designer B. Rutan, this was a declaration of a cutting-edge aircraft with affordable rates. However, the Starship didn’t sell well. Expensive at over $4 million, there were around 52 Starships created.

At the same time, the Gulfstream III, as well as the Learjet 55 and 60, served the aircraft industry well for many years from 1979 to 1990. The catch was it had a lower drag that conserved fuel. This encouraged intercontinental flying and this line of aircraft continues to see enhancements today.

Around 1985, the Gulfstream IV was put into the sector and promptly created an uproar. Transporting over 18 travelers in luxurious interior features, it was constructed with wealthy individuals in mind. The industry realized that those with money expected more out of an aircraft than just the basics.

The Gulfstream IV was a result of the personal demands of the wealthy. Developed at a cost of $24 million, affordable cross country trips were possible, with lengthier fuel usage and fewer moving wing parts. To contribute to its tale, Gulfstream chairman Allen Paulson developed many flight documents while flying throughout the world. He recorded such historical feats like being 8.5 hours faster than the Boeing 747SP for a trip worldwide in the winter of 88 that was under 40 hours.